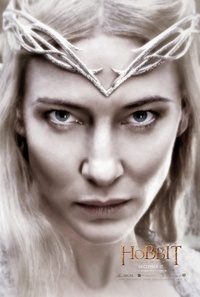 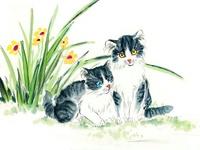 The University of California has agreed to pay nearly $250m (£185m) to over 200 women who allege they were sexually assaulted by a campus gynaecologist.
Multiple women accuse the university's Los Angeles site (UCLA) of deliberately hiding James Heaps' alleged sexual abuse of patients.
Mr Heaps was based at the UCLA student health centre during his 35-year career between 1983 and 2018.
Hundreds of women, some of whom had cancer, say they were abused by him.
The university did not begin investigating complaints against Mr Heaps until 2017. It has been accused in hundreds of lawsuits of deliberately hiding the gynaecologist's alleged sexual abuse of patients.
His medical licence was suspended by a judge in 2019 for the duration of the sex abuse case.
The university said it hoped the financial settlement would provide "healing and closure" for the women involved.
Mr Heaps faces 21 criminal counts of sexual abuse against seven women and has pleaded not guilty.
"The conduct alleged to have been committed by Heaps is reprehensible and contrary to the University's values," a UCLA statement said on Tuesday. "Our first and highest obligation will always be to the communities we serve, and we hope this settlement is one step toward providing healing and closure for the plaintiffs involved."
But Kara Cagle, a breast cancer survivor who reported Mr Heaps while she was undergoing treatment at the university, told the Los Angeles Times: "Today, after eight long years, I received recognition of what happened to me.
"Although there is some consolation in that, my heart breaks for all the women who were not spared, all the women who suffered after me, because UCLA refused to act."
Tuesday's settlement does not halt an ongoing lawsuit by more than 300 patients.
Last July, a federal judge approved a $73m settlement against Mr Heaps, which was brought by more than 5,500 women.
According to lawyers in the case, he was once the highest paid doctor in the entire University of California system.
John C Manley, a lawyer representing one of the women who has filed criminal charges against Mr Heaps, alleged he was a sophisticated predator who committed abuse under the guise of normal medical examinations.
"He was a board-certified gynaecologist and a board-certified oncologist. Most of the women... were there because they had cancer or they thought they had cancer," Mr Manley told the BBC.
The federal lawsuits said that Mr Heaps was not properly investigated until the university received a complaint in 2017, and that he was allowed to continue seeing patients during the inquiry into his actions, and even after the university told him that his contract would not be renewed.
The latest payout follows a series of a large settlements with US universities over patient abuse by campus doctors.
Last month, the University of Michigan reached a $490m settlement with more than 1,000 people who say they were abused by a sports doctor during his four-decade career.
Meanwhile, three women are suing another of America's most prestigious colleges, Harvard, on the grounds it also ignored sexual harassment allegations.
Professor John Comaroff, an anthropologist, denies their allegations that he kissed and groped them....
....
[Vous devez être inscrit et connecté pour voir ce lien]
72-%5Bpartner%5D-%5Bgnl.newsletters%5D-%5Bheadline%5D-%5Bnews%5D-%5Bbizdev%5D-%5Bisapi%5D&xtor=ES-213-[BBC%20News%20Newsletter]-2022February9-[top+news+stories]