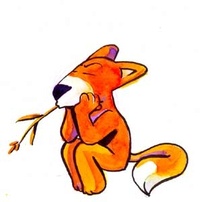 
Three UK schoolgirls 'travelling to Syria'
BBC News‎ - il y a 1 heure
The trio are friends with a fourth girl who travelled to Syria in December. At the time the three girls were interviewed as her friends, police said.
UK cops want help as 3 girls head for ISIS territory CBS News


Three teenage British girls are seen in an image taken from security video at Gatwick Airport, south of London, Feb. 17, 2015, before boarding a flight to Istanbul, Turkey.
LONDON -- British police appealed for help from the public Friday to find three east London school girls they believe are attempting to make their way to territory in Syria controlled by the Islamic State of Iraq and Syria (ISIS).

The Metropolitan Police said the three girls, Shamima Begum, 15, Kadiza Sultana, 16, and a third 15-year-old who was not named at the request of her family, left their homes Tuesday morning, giving excuses to their families, met up and traveled to Gatwick Airport, south of London, together.